Women4Real brings together the experience and expertise of two dynamic women at the forefront of women’s health, psychology and communications. 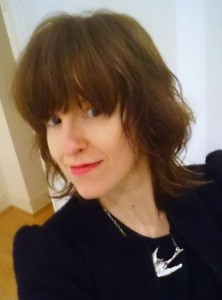 Sally is a journalist, broadcaster and media consultant, specialising in issues relating to women, sexuality and popular culture. She is currently writing a book, The Chilli Pepper Sex Club, about her journey through vulval pain and was on the management committee of national charity The Vulval Pain Society for several years until 2013, when she left to focus on Women4Real. She now writes regularly on women’s sexual health for Patient, and has also written extensively for NetDoctor.

Prior to her freelance career, Sally worked for award-winning communications company Global Tolerance, as an editor for Discovery Channel and as a journalist for men’s style magazine GQ, producing features about sex and lifestyle.

Sally is an engaging public speaker and is often asked to speak at medical conferences, business seminars and women’s organisations and has run workshops on sexual empowerment as well as campaigning for greater awareness of women’s sexual health issues – lobbying parliament and forging links with different cultural groups.

She says: “I’m so excited to be working in collaboration with Sabine on Women4Real. In bringing together our wealth of experience across the spheres of media production, psychology and women’s health, we are a powerful force for positive change.” 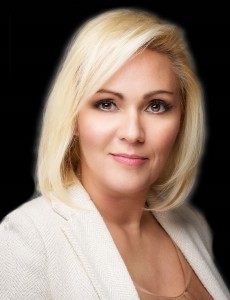 Sabine is a ground-breaking psychologist and experienced peak performance coach; she has a keen interest in new psychological approaches to women’s health and the role of social and cultural influences in determining physical and emotional wellbeing.

Sabine’s innovative approach is grounded in a successful career in elite-sports coaching and her knowledge and understanding of world-class performance in sports. Her list of international, high profile clients is impressive and includes Olympic athletes and multiple World Champions and her reputation in the field of elite-sports psychology led to a key consultancy role on best-selling book, The Winner’s Bible. More recently she worked for the New Zealand Government’s top secret Olympic ‘GoldMine’ project which achieved record gold medal per capita success at the London 2012 Olympics. She is currently an advisory group member for a national Olympic committee.

Sabine is now applying her wealth of experience in this field to women’s health and developing new insights into the cause and management of sexual pain syndromes. Her research studies have been presented at the annual European Congress of Psychology and she is often asked to speak at women’s health conferences and forums. Sabine was also on the management committee of national charity The Vulval Pain Society, until 2013.

She says: “I’m passionate about helping women with sexual pain disorders to get best possible care and treatment. It’s great to work with Sally on Women4Real as she is equally driven and inspired and together we aim to raise awareness and make an educational and practical difference on a large scale.”

Sabine is originally from Austria and speaks four languages: English, German, Swedish and Finnish. She lives in Lancing, East Sussex. Read her full bio at sabinetyrvainen.com.